Another wonderfully warm, sunny day, but mercifully not as hot as in the south of England.

A couple of interesting, less common species were seen today – Louise Muir reports a Kingfisher at Kinuachdrachd, right up in the northern tip of Jura. Down on The Oa at Kinnabus David Dinsley had seen a couple of Swifts.

Elsewhere, Andy Harris reports a Sandwich Tern over Gruinart this evening. I wandered out to the RSPB hides at Gruinart this afternoon, but it was quiet. A total of 6 Buzzards and a flock of 45 Oystercatchers was all I could muster. But in amongst the thick growth of vegetation that is currently being munched down by the cattle there were 1-2 small patches of visible open water, so maybe something of interest will show up?

Rather less quiet today will be the heather moorlands of the Scottish highlands, Yorkshire dales and elsewhere as it is the "(In)Glorious 12th ", when the guns start blasting away at as many Red Grouse as they can shoot. There is a very good opinion piece in The Scotsman about grouse shooting that tells the grisly story far more eloquently than I can – do check it out:

Below is a screen capture of David's Marsh Harrier from yesterday. 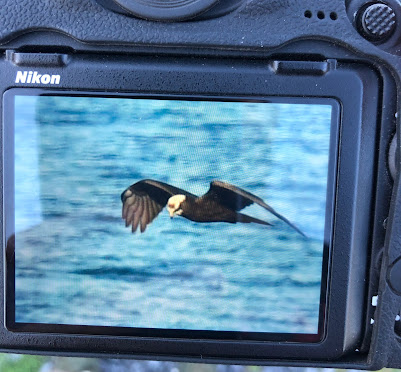