A grey and drizzly start, brightening up later. Still cool with an easterly wind from a high pressure system over Europe.

Visitor Graeme Ruthven, birding here for the weekend kindly sent in some of his sightings:

On Loch Indaal were 27 Brent Geese (possibly some of the same 35 seen there by Mark Shields this morning?), single Slavonian Grebe and Long Tailed Duck with 2 Scaup at Bowmore. Later, on The Rhinns apart from lots of Blackbirds, Redwings and Fieldares there was a small group of Greenland White-fronts including 2 with Collars: 1 was CZK and the other could have been a transmitter. (If anyone knows the origin of CZK, do let us know). On Loch Gruinart Graeme had no less than 6 White Tailed Eagles (3 immatures on the reserve, 2 adults soaring above the hills to the west of the Loch and landing on top of one of them, then the final adult at Ardnave shortly after.. Also seen was an immature Golden Eagle on the hills to the east of Loch Gruinart. Also 1 Greenshank heard, 3 Little Egrets (2 on the pools and 1 South of the road near Loch Gruinart House), plus a flock of Chough at Ardnave.

Steve Lister saw another WTE over Loch Skerrols where 2 Long-tailed Ducks still linger along with a Lesser Redpoll nearby.

Posted by Islay Birding at 19:28 No comments:

A dry, fairly mild and calm day. Steve Lister, a regular visitor to Islay is back with us and sent in a few records from his day’s birding. Off Bowmore he found 4 Long-tailed Ducks and 3 Slavonian Grebes, 10 Great Northern and 2 Red-throated Divers plus 2 Scaup. Later he was down on The Oa and was delighted to come across the huge flock of 500 Twite at Kinnabus.

Elsewhere, Mary-Ann Featherstone had 3 Great Northern Divers, 2 WTE and an Otter on her home territory at Cnoc Bay. Steve & Lyn Rogers over at Port Ellen// Kilnaughton found a couple of Golden Eagles, and singles of Great Northern and Red-throated Divers in the bay. David Dinsley continued his run of many sightings of Merlin with another seen near the airport.

Yesterday, Mary Redman sent in a couple of “spot the WTE” photos, which I share with you tonight. This is the easy one - which of the three is it and what are the other species involved? 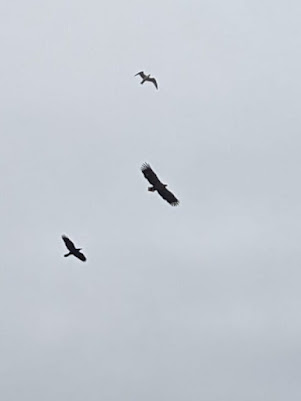 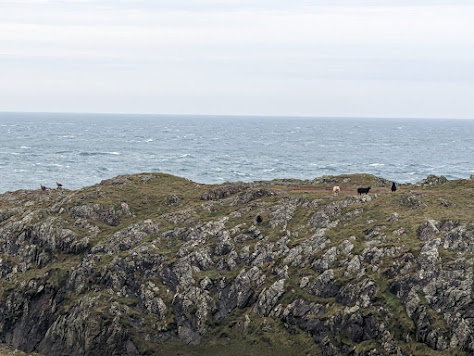 Finally, David Wood sent us his link to the very worthwhile and informative book we mentioned yesterday. Take a look…………

‘Into the red’ book link https://www.bto.org/our-science/publications/bto-books-and-guides/red

Limited edition Twite print from the book with 20% going to BTO/RBBP - https://www.islayprints.co.uk/products/twite-limited-edition-original-linoprint

Posted by Islay Birding at 19:58 No comments:

Thanks to Mark for the impromptu stand-in last night.

The first day of a new month with a grey and uninspiring start. Mary-Ann Featherstone reports a couple of Tawny Owls over at Kildalton, while Hen Harriers get multiple notifications – 2 at Kilchoman, 1 at Loch Gorm and others at Machir Bay and Port Ellen, where one of the several WTEs on the island was noted. Mary Redman saw a couple more down at Frenchman’s Rocks. Other notables were 6 Woodcock along the road at Port Charlotte, a Pink-footed Goose and 21 Whooper Swans west of Loch Gorm. Machir Bay held a few Chough plus 60 Curlews and 40 Twite.

Talking of Twite…………………. This is perhaps one of David Wood’s favourite birds? He was involved last week down on the RSPB Oa reserve ringing another 85 Twite. They are fitted with a BTO (British Trust for Ornithology) metal ring and with a 2 letter/number coded ring (as on the photo below by Phil Catton). Although small (the birds and their rings!), they are readable with a good view through a scope, so please keep an eye out and report any sightings to David or via this blog. Over 400 Oa wintering Twite have been ringed in the last few years and currently 570 Twite are in a flock on The Oa feeding on the specially planted bird crop. (This planting and the feeders at the Oa car park make seeing this sometimes elusive, but under-rated/understated bird, a lot easier).

David also mentions that Twite on The Oa featured in a new BTO ‘Into the Red’ bird book on species becoming increasingly uncommon and going on to the “Red List”. The text is by Indy Kiemel Greene, who writes about Twite-watching on The Oa, accompanied by some great artwork by David. Profits go to the BTO and RBBP (Rare Breeding Birds Panel), so a very worthy Christmas gift if you need inspiration for something different and special. 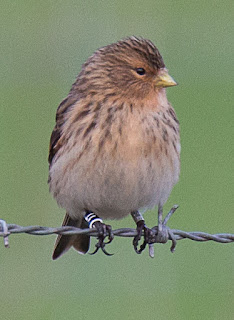 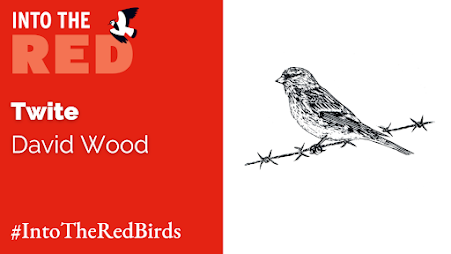 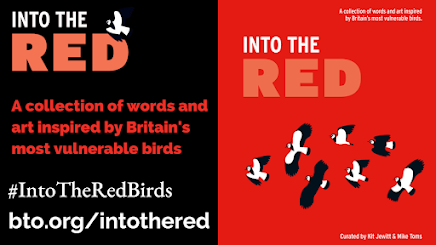 Posted by Islay Birding at 19:56 No comments:

Sadly Peter doesn't love the birds enough to blog for more than 3 days in a row, so here we go with a late one.

Double D gets BOTD with a snow bunting on Port Ellen beach. Mary had her first look at lapwings at Claddach this winter, with 45 there. Margaret had 2 golden eagles at Kilchoman.

At Gruinart, noticeably more whooper swans the past couple of days, with a peak count of 53 at the South Hide. A WTE also present. Small numbers of dead and/or dying barnacle geese continue to be found around the reserve each day.

Thanks to all the above.

Posted by Islay Birding at 09:59 No comments:

Another dry, but cooler and cloudier day.

Apart from a lovely close-up Great Northern Diver in the bay at Port Charlotte, the only birds reported today were 17 Whooper Swans landing on Loch Gorm this morning.

Posted by Islay Birding at 20:27 No comments:

A much nicer day with bright sunny conditions, clear skies and light winds.

It was Andrew Chick's last day on Islay and he reports thus:

"managed 91 species in 5 days with today’s highlights being Great Northern Diver at Port Ellen, 2 adult White-tailed Eagles on the B8016, ringtail Hen Harrier at Loch Gorm and 15 Twite on the beach at Machir. Love the island!"

He also shared a couple of great photos: 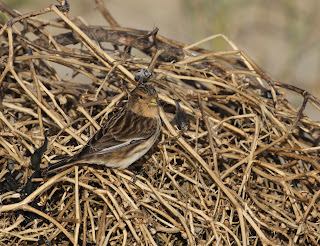 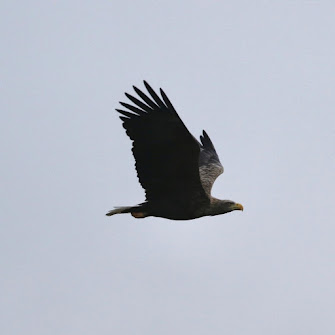 Near Loch Skerrols this morning: a group of about 20 Redwing in the trees; then by the loch there were a half dozen Siskins feeding on Alder cones. Numerous Blackbirds in the woodland - I counted 20 in the small area I was walking through. Later, about 10.00 am, driving down the High Road there were at least 40 Fieldfares on a stubble field on east side of the road"

Posted by Islay Birding at 21:33 No comments:

Visitor Andrew Chick emailed to give us an account of his day birding today - a good comprehensive list with some interesting species: