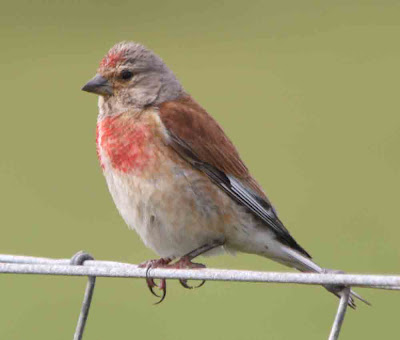 This Linnet was perched on the fence up at Ardnave this morning, it was not really perturbed about me, as I was less than 5 metres away from it. A quick visit up to Ardnave from Gruinart was quite productive. On Ardnave Loch itself, there were a pair of Mute Swans showing off their 5 cygnets, 2 separate sets of Tufted Duck with ducklings, one of them had 7 young and also a Mallard with 4 ducklings. On the wing, there were several clutches of young Swallows as well as Sand Martins over the dunes and further along the road the good sighting of a lot of House Martins also on the wing.